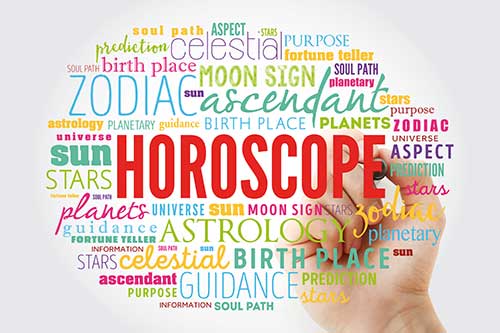 Astrology tends to be one of those polarizing things where you either believe in it or you don’t. While some may have their doubts, there’s no denying that the subject is incredibly interesting. To further prove this point, the following are some astrology facts that may surprise you.

According to information obtained from the FBI, Cancers get arrested far more than other zodiac signs. Also, they tend to commit serious crimes more often than the others. Make sure you’re keeping an eye on the Cancers in your life. They have a penchant for danger.

The first horoscope ever recorded was in 409 BC. An article written for astrostyle.com elaborates by saying, “The Babylonians (also known as the Chaldeans) continue what the Sumerians started, inventing the first astrological system over thousands of years. They created the zodiac wheel that we use today (with planets and houses) around 700 B.C.” It’s interesting to see how the zodiac wheel has stood the test of time. Millions of people still find relevancy in it today.

Do you happen to know any billionaires? If so, the chances of them being an Aries is pretty high. According to a Forbes list, the majority of billionaires on the planet were born in this sign. Known for their determination, competitive streak and drive, it’s no wonder Aries are a wealthy, successful bunch.

It turns out you can make a pretty accurate guess as to whether or not a person believes in astrology based on their political affiliation. Emerald Catron, a writer for bestlifeonline.com states, “The Chapman University Survey on American Fears found that Democrats are about twice as likely to believe in astrology as Republicans are.” Test this theory out on your friends. Is it accurate?

When the zodiac was created, it was not for the purpose of analyzing and discovering more about your personality. In fact, the zodiac was initially created so farmers could keep track of time through the movement of constellations. This method was created so they could look at the sky and know whether or not it was time to plant or harvest their crops.

It’s no secret that the moon affects the ocean. Its gravitational pull generates a force so great it’s known as a ‘tidal force’. This force causes a bulging of the earth on the side closest and farthest from the moon. These are the areas of the world where you will find high tides. Similarly, astrologers think that because human beings are made of 70% water, the moon has similar effects on us. Have you ever heard the phrase, ‘it must be a full moon’ to explain erratic or out of character behavior? Astrologers believe that when the moon is fullest, it has a greater effect on human beings.

Astrology has a long and interesting past. One look through history will show you centuries of people who have used it as a guiding force.