Skip to content
Home/horoscopes, profiles/Are You One Of The Powerful Signs?
Previous

Are You One Of The Powerful Signs?

When you look at all the zodiac signs, they will all stand out for different reasons. It all depends on what you are looking for at the time. What are the most powerful signs? Each zodiac has power, but it could be the silent type or the in-your-face assertive nature. There are three that stand out and get noticed for the energy they exude.

The first thing that helps show off Leo’s power is the lion that represents them in the stars. The lion is the jungle king and can never go unnoticed, just like those that fall into this sign. One thing that gets a Leo noticed is that with their confidence, they can come off arrogant or intimidating depending on how you see it. It can take some effort on their part to soften enough to not come off in these ways. This is a skill they will need to develop as they tend to find themselves in the spotlight. Leo’s do well in front of crowds. Which is another way they show how powerful they can be.

Scorpios don’t need to be the center of attention like a Leo to show off their power. Their power shows in the way they can be assertive. When tasks that many would turn away from come up, they are the first to take them on without even blinking. This is where their power comes out. They are willing to take it on and will power through until it is done. They do not have a give-up button. They are also willing to do this without being in the spotlight. Like the scorpion, they are okay to be in the shadows. They show how powerful they are from behind the scenes.

The bull represents Taurus, and it is very fitting. No one can ignore a bull. They are known for the power that they have. Some of the signs of power are not as positive as the others. Taurus’s are as stubborn as a bull. It can work in favor of others or against them. The thing that is the same is that what they want will happen. The way they push through obstacles to get what they want is a force that you will want on your side. Another aspect that shows their power is the way they seem to shove their fears to the side. Fear is not something they let affect their lives. Their power is evident to all that encounter them.

The three signs above show their power in an outward way that all can notice. The other signs have power in their way. A silent inward power can be just as strong as one that smacks you in the face. Strength is needed in all its forms to make our society function. If we were all the same, our world would be much different. 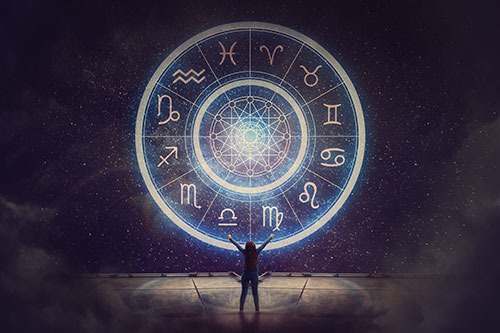 Look for the power and strength in all those around you.