Skip to content
Home/horoscopes/Why are Horoscopes so Vague?
Previous Next

Why are Horoscopes so Vague?

How accurate and credible are our horoscopes? Does that fact that they’re so general negate their accuracy? Let’s take a look on why vague personality descriptions and horoscopes may shape the way we see ourselves.

Let’s recap what astrology is so we’re all on the same page. Austin Folger, a writer for pseudoscienceinthenews.wordpress.com states, “Astrology is basically the examination of the position of the planets and the energy associated with them, utilizing the signs of the Zodiac as a guide. The information gained from these patterns is then used to predict an individual’s future, personality, and what decisions they should make, which is relayed through a daily horoscope (Grabianowski, 2005).” Each description of someone’s personality traits, future and other information is kept extremely vague so that it can be applicable to the most amount of people.

One of the reasons enthusiants think astrology is such an accurate science has a lot to do with confirmation bias. Shahram Heshmat Ph.D wrote an article for psychologytoday.com that explains this phenomenon. He says, “Confirmation bias occurs from the direct influence of desire on beliefs. When people would like a certain idea or concept to be true, they end up believing it to be true. They are motivated by wishful thinking.” This is especially true when someone reads an extremely vague horoscope. For example, if their horoscopes says ‘You will receive good news today’, that could mean anything from a letter, email, phone call or one on one conversation. The chance of you getting one piece of positive news in a 24 hour period is very high. This helps reaffirm the belief that astrology is an accurate way to determine future events. 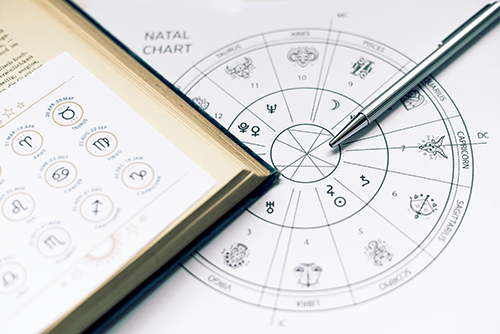 Another explanation as to why people are so quick to accept astrology as fact is known as the Barnum Effect. The above mentioned article explains this by saying, “The descriptions provided from Astrology are so vague and generalizable that they can be applied to almost anyone, which leads me to the Barnum Effect. The effect explains that people will readily accept personality descriptions about themselves when it is assumed to have come from a personality assessment, even though the description can be applied to nearly everyone.” For example, if you look at your personality traits based on your zodiac sign, you might find it to be pretty accurate. However, they often spout things like “afraid of rejection”. Most people you meet will likely fear rejection. So the majority of the population could identify with that personality trait. Because the descriptions are so vague, it’s easy for anyone to apply them to their lives.

Whether you believe astrology is an accurate and credible form of predicting the future is up to you. Keeping things vague means each prediction is easily digestible by the masses. This strategy is one of the things that promotes the continued popularity of astrology.